IPL and Laser Skin Resurfacing: uses, differences and what to expect.

Over the course of your lifetime, your skin goes through a lot. Acting as a shield to protect internal organs, tissue, muscle, blood vessels and veins, the epidermis – the top layer of skin– is the first point of contact for most external elements; it’s only natural that old, tired-looking skin is one of the first signs of aging.

There are any number of factors that contribute to the deterioration of skin – sun exposure, pollution, poor diet, lack of exercise, stress, smoking, acne, genetics – some of these are more preventable than others but after decades of exposure to the elements, it’s a wonder that skin holds up as well as it does. 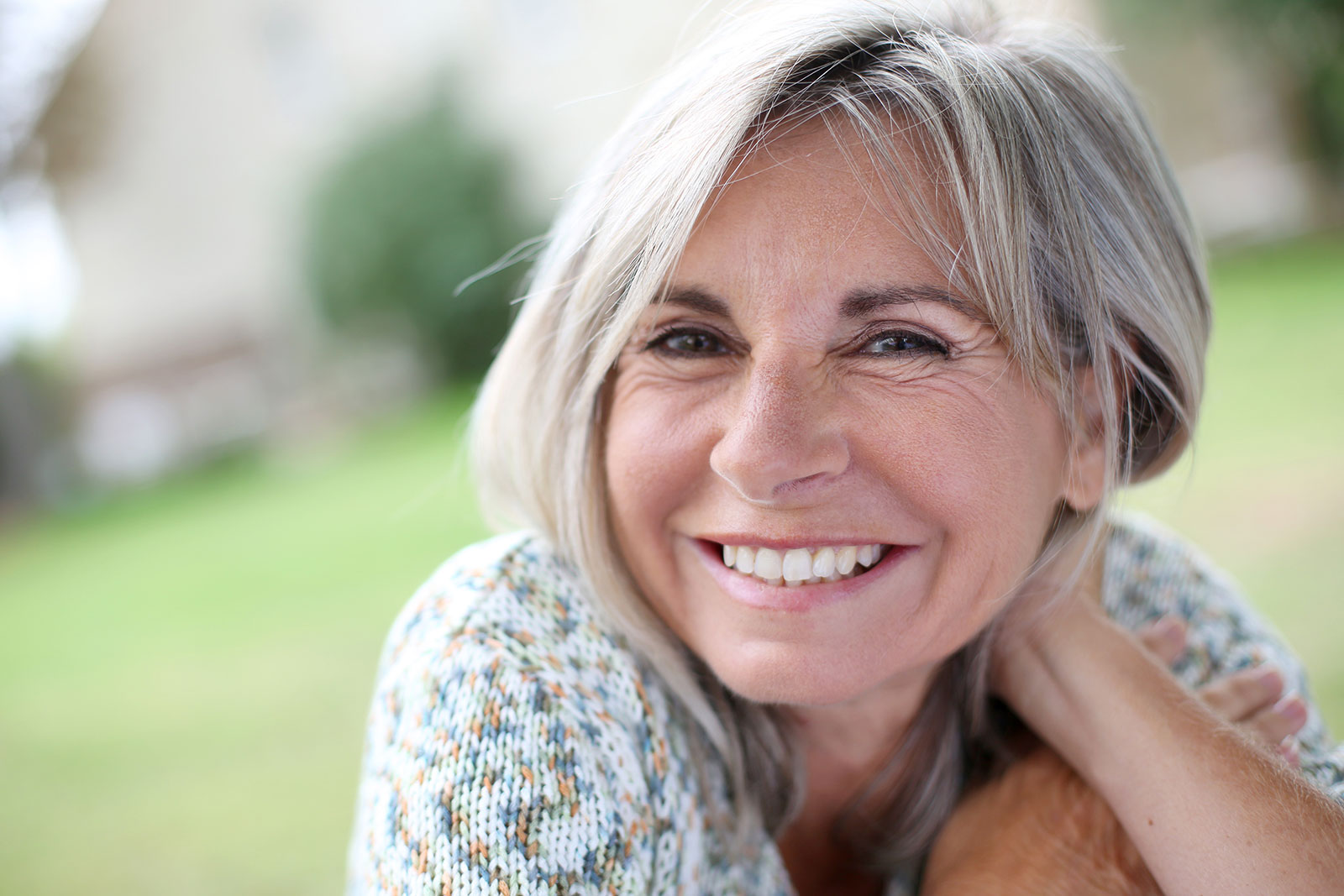 Laser skin resurfacing and Intense Pulsed Light photo rejuvenation (IPL) are procedures used to combat signs of aging or damaged skin, such as superficial wrinkles, sun damage, hyperpigmentation and acne scarring (to name a few). The result of these treatments is younger, healthier skin, and a more rested, youthful appearance. Laser skin resurfacing and IPL can be used to rejuvenate and revitalize the skin on the face and neck and can also be used for vascular reduction and to remove unwanted hair and tattoos.

At Amadi Aesthetics, we use the Rohrer Aesthetics Spectrum Laser & IPL, an incredibly portable laser and Intense Pulsed Light system in one.Offering 4 different lasers and an IPL in one convenient platform, the system can be used for a variety of cosmetic procedures, including skin resurfacing, tattoo removal, removal of pigmented lesions, vascular reduction, hair removal and more.

What is laser skin resurfacing?

Laser skin resurfacing is a procedure in which a laser process is used to improve the skin’s appearance and treat skin traumas. This is done by directing an intense beam of light at the problem area, thus superheating water in the skin and causing controlled vaporization of skin cells. Collagen stimulation encourages new skin cell development that produces healthier, younger-looking skin once the healing has completed. Laser skin resurfacing reveals smoother skin, even in tone and texture.

There are two different types of lasers used in laser treatments: non-ablative and ablative.

Non-ablative lasers work beneath the skin, heating up underlying tissue, leaving the surface intact and stimulating new collagen growth. Non-ablative laser treatments are generally used on patients with milder symptoms and because the top layer of skin remains unscathed, there is no wound healing and therefore less downtime. 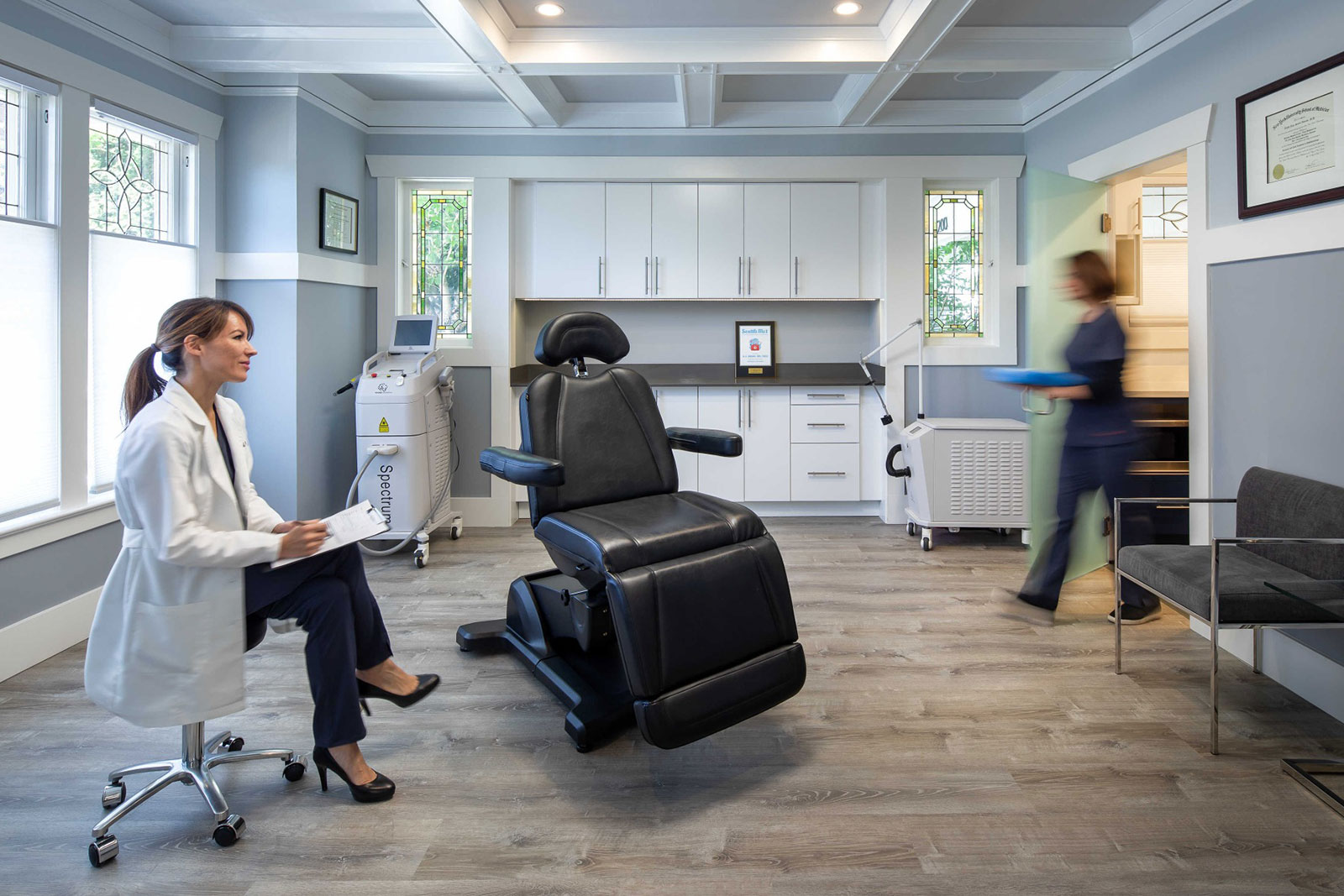 Carbon dioxide (CO2)  laser resurfacing has been a popular choice in skin rejuvenation since the 1980’s. CO2 lasers use short, concentrated beams of light, targeting water molecules in problem areas, and vaporizing skin cells. This process is ablative, removing the top, damaged layer of skin to reveal the fresh skin underneath. CO2 resurfacing also stimulates collagen production, thus generating tighter, plumper skin. Due to the ablative nature of CO2 resurfacing, there is significant downtime involved, as the fresh skin heals. Patients can expect an initial downtime of 7-10 days, however this can vary depending on the area treated. After this initial recovery period, patients who undergo CO2 treatments may experience some pinking of the skin for up to six month post procedure. This can be easily covered with makeup.

The Erbium Yag laser, or Er:Yag, takes its name from the yttrium-aluminum-garnet crystal, the crystal used to generate light.Though they are still ablative in nature, Er:Yag lasers are much less so than other treatments, such as CO2, and therefore require much less downtime post treatment.

Both the Er:YAG & CO2 lasers create controlled injury to the skin, allowing the body to heal under optimal circumstances with an inflammatory response. By doing this, your body is specifically targeting the area of concern helping to resolve skin irregularities, such as wrinkling, discoloration and scar tissue.

Depending on the intensity of the treatment, the recovery period from Er:Yag can vary from 3 to 5 days of sensitivity. 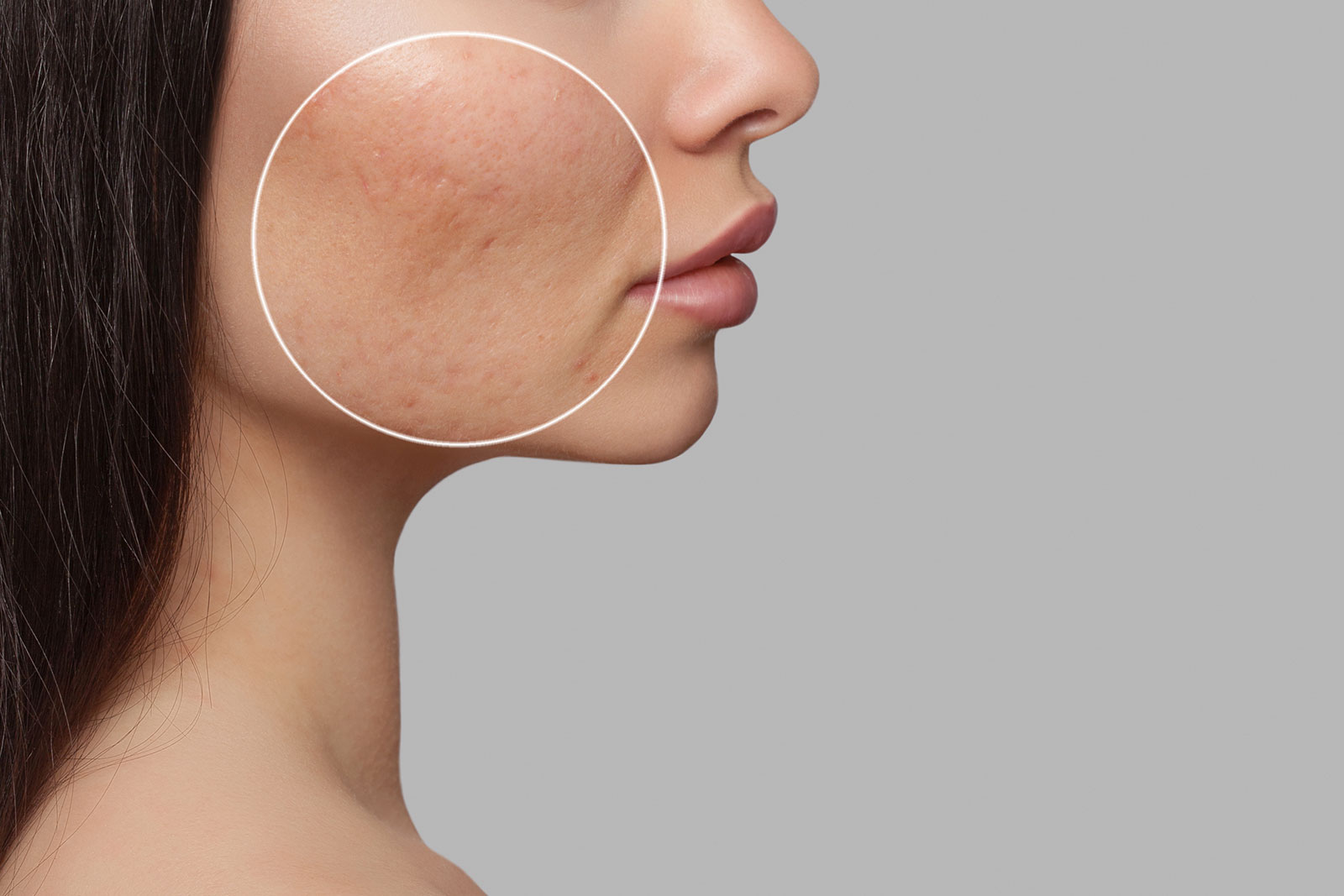 Neodymium Yag laser, or Nd:Yag, is a non-ablative long-pulsed laser. Nd:Yag lasers can be used to treat a variety of conditions, much like the Er:Yag, but because it is non-ablative, there is very little downtime. Nd:Yag lasers typically have a wider application when treating the skin as opposed to an ablative laser. These can range from removing small unwanted veins, tattoo removal and hair reduction.

It is widely believed  that laser treatments will not work on those with darker skin tones, but thanks to new developments in technology that is not necessarily the case. Though they might not be as effective as on those with lighter tones, Nd:Yag lasers can often be used on darker skinned patients for skin rejuvenation as well as tattoo and hair removal. Recovery and downtime for this laser will vary depending on the treatment being provided.

Laser Skin Resurfacing - Before and After

IPL (Intense Pulsed Light) photo rejuvenation is a non-invasive cosmetic procedure that targets the cells that cause pigmentation, sun damage, and redness of the skin. IPL is gentler than laser treatments and is useful on patients who aren’t in need of extensive treatment. Several sessions may be required to experience dramatic results.

What is the difference between IPL and Laser treatments?

Both laser and IPL treatments are similar in application and are used to treat many of the same conditions. However, laser treatments focus only one wavelength of light on the problem area and IPL (Intense Pulsed Light) releases several, allowing it to treat a larger area faster and to address several conditions at once. Though IPL is often confused with laser treatment, it does not, in fact, utilize a laser, but instead broad spectrum visible light. Laser treatments can be either ablative or non-ablative; because IPL focuses on the second and underlying layers of skin, leaving the first intact, it is non-ablative. While laser treatments “resurface” the skin, IPL “rejuvenates.” 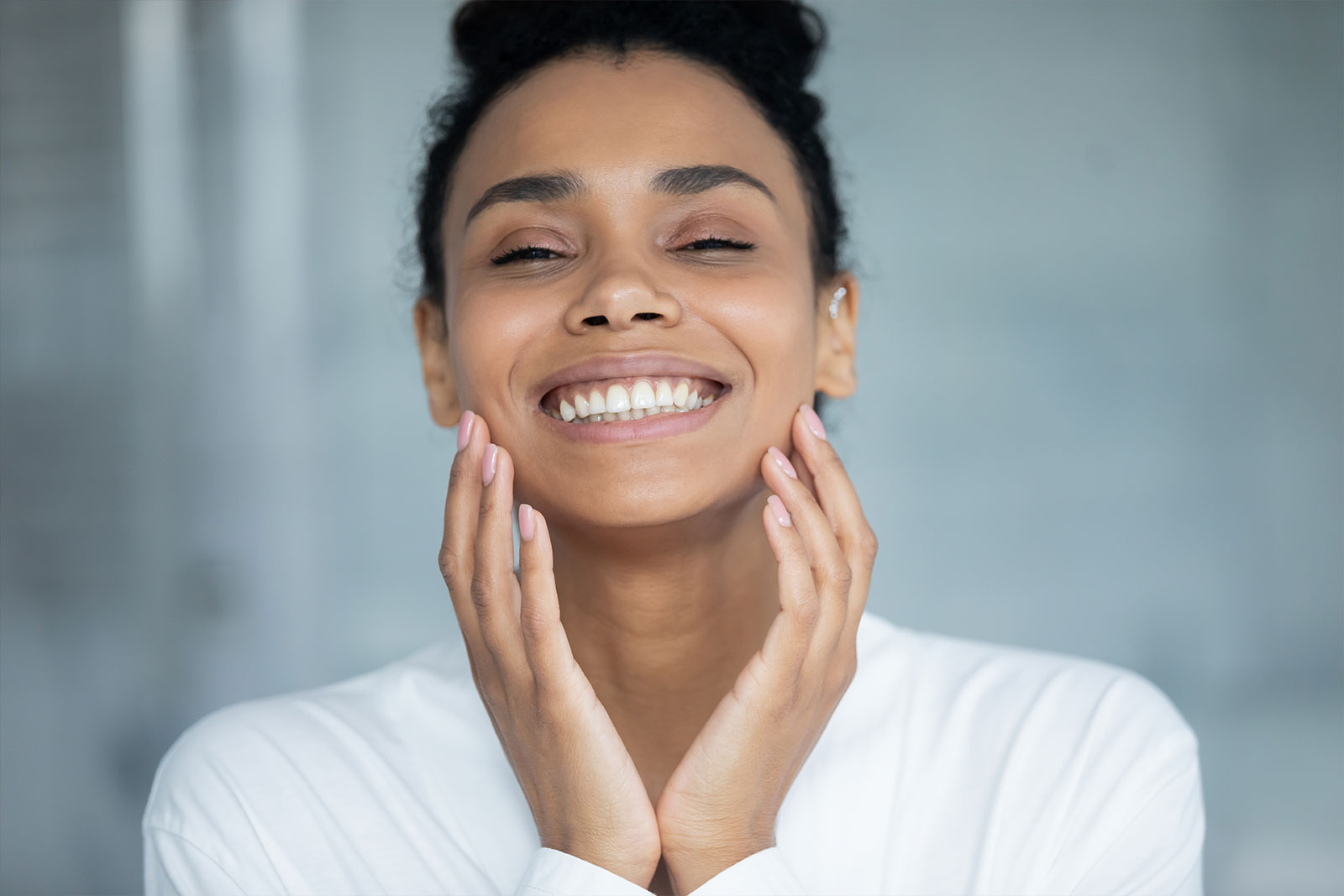 Still unsure which treatment is right for you?

No problem! It’s important to book a consultation with your doctor prior to deciding which route you want to take.

Learn more about Laser Skin Resurfacing and IPL or book a consultation.

If you want a doctor who is credentialed, experienced and has excellent interpersonal skills, then Dr. Amadi is the right person.